What are central bank digital currencies?

A central bank digital currency is, as it’s name suggests, a digital currency that is issued by a central bank. According to the Bank of International settlements, 70% of all the central banks in the world are investigating the possibility of introducing a CBDC at this moment. This includes the Federal Reserve, the largest central bank in the world that is issuing the world reserve currency at this moment, the dollar. The way you can look at CBDC’s, are like numbers on you screen. Just like now with your current banking app. In the background however, there are a number of huge differences:

So the reason why central bankers would want CBDC’s to be main payment method in society are obvious: more centralised power and control in the hands of the few. A good alternative for CBDC’s would be something that would do the exact opposite of what the central bankers are doing with the current banking system and their future CBDC’s.

What are the most important fundamentals of an alternative monetary system?

With the rise of Bitcoin we actually have an alternative form of money, that solves a lot issues that we have with our current monetary system. Bitcoin launched a decentralisation revolution, which we have the inventor(s) to thank for. The technology behind bitcoin, blockchain technology, made it so we dan use decentralised systems without the need to trust a centralised institution. The original Bitcoin white paper was titled: Bitcoin: A Peer-to-Peer Electronic Cash System. However, due to multiple reasons, Bitcoin never became a true form of digital cash. So the question then becomes: what is true digital cash? What are it’s fundamentals? In the list below, I break down the fundamentals of true digital cash. I explain which ones Bitcoin is solving, but also which altcoins are solving Bitcoins issues, and therefore are a superior form of digital cash.

There are a few important factors when it comes to having a good form of ‘sound money’.

Inflation of the money supply leads to devaluation of the currency. Therefore, the current central bankers money printers make it so fiat currency is a very bad way of storing value. Long term, you would be a thief of your wallet when you keep all your savings in a banking account. Because of scarcity, commodities like silver and gold have proven to be a way better store of value. It’s actually increasing its value in comparison to fiat, because fiat is inflating.

Bitcoin solves this. In the open-source code everyone is able to see that a limited supply cap of only 21 million bitcoins can ever be created in the future. Therefore, by using Bitcoin you will never fall victim to inflation. This also goes for all other cryptocurrencies with a limited supply.

Globally, 20% of the people are unbanked. That means that they don’t have access to the worlds financial system for one or multiple reasons. In a new system, everyone should be able to get access to it. No matter what your color, vaccination status, location or level of wealth is. Therefore no central party should be able to control wether or not someone can access the system.

Bitcoin also solves this. The only thing you need to participate in the Bitcoin ecosystem, is an active internet connection. This also goes for all the other cryptocurrencies.

Because of the scarcity and accessibility arguments, no central party should be able to determine how much money is in circulation and who has access to it or not. Therefore, good sound money can only thrive when its monetary structure is completely decentralised.

Privacy has through history always been a massive important fundamental application of sound money. Back in the times when people where using gold and silver as their form of money, nobody knew how much you had and where you are spending it on. With the introduction of fiat money this changed a little bit. While cash is the most private form of fiat money (nothing is digitally tracked), with the introduction of the internet and the online revolution, online banking has become the norm. Therefore banks all over the world have way more insights in the spending habits of people. They even started selling this data to third parties for marketing purposes.

Unfortunately, Bitcoin fails when it comes to privacy. The Bitcoin blockchain has been build on a completely transparent ledger. Therefore, as soon as you share your Bitcoin address with someone, that person can track your ingoing, outgoing and total amount of funds for the rest of your life. When it comes to privacy, Bitcoin is even worse compared to the traditional financial system. Not just banks and the government, but everyone can look into the fine details of your financial life.

Therefore, a true form of sound digital cash would be a coin that is like bitcoin, but completely private. When it comes to cryptocurrency that is private by default on the protocol level, there are actually just two options in the market right now. We’ll discuss these in the end of this article.

Fungibility is a fundamental property of sound money. It means that every unit of exchange is literally indistinguishable from the other. Therefore I don’t care if I get a silver coin from you or from my family, because they are exactly the same. Whenever a unit of exchange has a transaction history tied to it, your money can fall victim to financial voyeurism. This means that larger institutions can confiscate your money, because it has been used in criminal activity in the past. You had no connection whatsoever to these activities, you just sold your car for bitcoin through an online marketplace. If you don’t want to fall victim to financial voyeurism, you need privacy.

Logically, a monetary system should have a high degree of security. It shouldn’t be able to fall victim to hackers and other entities that have bad intentions. A high level of security also makes sure that people gain a lot of trust in a new monetary system, therefore the adaptation with larger amounts of people will have a bigger chance of success. Most cryptocurrency’s are incredibly secure due to their decentralised nature. To hack into the system, you would need to hack into all the computers that are running the decentralised blockchain network. Therefore, blockchains are incredibly secure. As time goes by, they are getting more advanced and secure, we will get into this at the end of the article.

Whenever you use a form of money, the transaction speed is immensely important. In the current financial system, sending money locally is almost immediate. However, if you want to send money to the other side of the world to your family in a county with less financial resources, it might just take days until weeks before your money arrives.

8. Low or no transaction cost

When using a financial system, the participation in it should be a free choice. No outside force should be obligating you to use it. It should be a system that thrives in a free market, where the people are using it because they want to use it because of the fundamental reasons listed above.

Bitcoin solves this, but it’s not censorship resistant. Just like every other cryptocurrency, you are completely free to use it or not. No one is forcing you to use it. In the future however, governments might be trying to stop people from using it. The beautiful thing about cryptocurrency, is that it’s almost impossible to stop. With Bitcoin however, it is still possible to confiscate it, since it’s users and miners can be tracked down. Like we’ve seen in history with gold and silver, governments can confiscate it when they know you have it. This is a whole different story when it comes to privacy cryptocurrency.

What are the best privacy cryptocurrencies on the market?

So given that Bitcoin doesn’t solve all the problems when it comes to having good sound money, it would be logical to start looking for other projects in the cryptocurrency space. Next to bitcoins fundamentals, this coin needs to be private by default on the protocol level (so all coins are fungible) with a quick transaction speed and low fees. Also, it’s network needs to be as decentralised as possible.

When we hold all the coins next to these fundamentals, there are just two cryptocurrencies that stand out: Monero (XMR) and Pirate Chain (ARRR).

These two candidates are the most perfect candidates of being digital cash at this moment in time. They both have their unique value propositions, but the most important is that they are private by default on the protocol level (privacy), have a limited supply cap (scarcity), are highly secure, have a high transaction speed (seconds), low transaction cost (almost free). And because of their private by default functionality, they are completely fungible and censorship resistant.

As said, they both have their unique value propositions. Pirate Chain has a larger privacy set, while Monero has a more decentralised network. In the next article we’ll dive into all the different fundamentals of Monero and Pirate chain listed above. Happy trading!

By the way: by paying for the course with a privacy coin, you’ll get a 20% discount! You’ll see the discount when selecting the payment method in the checkout. 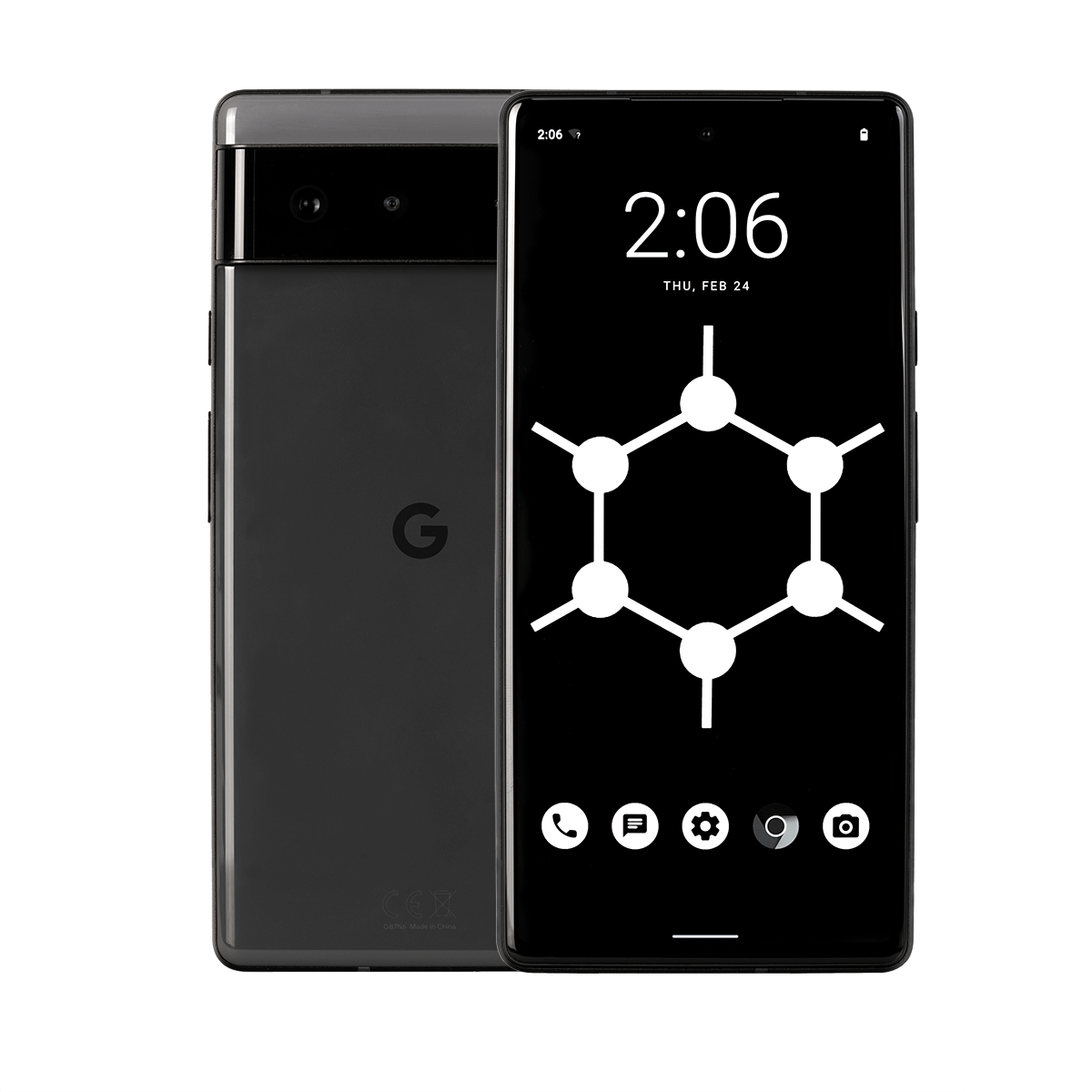